I've been a fan of light rifles for a long time. The first new rifle I purchased was a Ruger 77 UL 243 with a slim 20” barrel and a total weight of 6 pounds. Since then I've tried many other lightweights in the search for the 'ultimate'.

The Kimber 84M Montana was introduced in 2003 and epitomized what I felt the ultimate should be. Naturally, I was heavily invested in other rifles, so several years went by before I finally bought a Kimber 84M Montana in 243. I had previously owned a Kimber 84M Classic in 7mm-08, and very pretty 84M French walnut Select Grade 260, but the stainless synthetic Montana was the real winner.

In 2016, the Kimber 84M Hunter was introduced. This rifle came with a composite (plastic) stock and detachable magazine, and a substantially reduced price when compared to the Montana. I ordered a 7mm-08 from Korth Group (Canadian distributor for Kimber) and had one of the first to land in Canada. My first impression was favorable, and I couldn't wait to get a scope mounted and take it to the range, especially as this rifle carried Kimber's new SUB MOA Accuracy Standard. 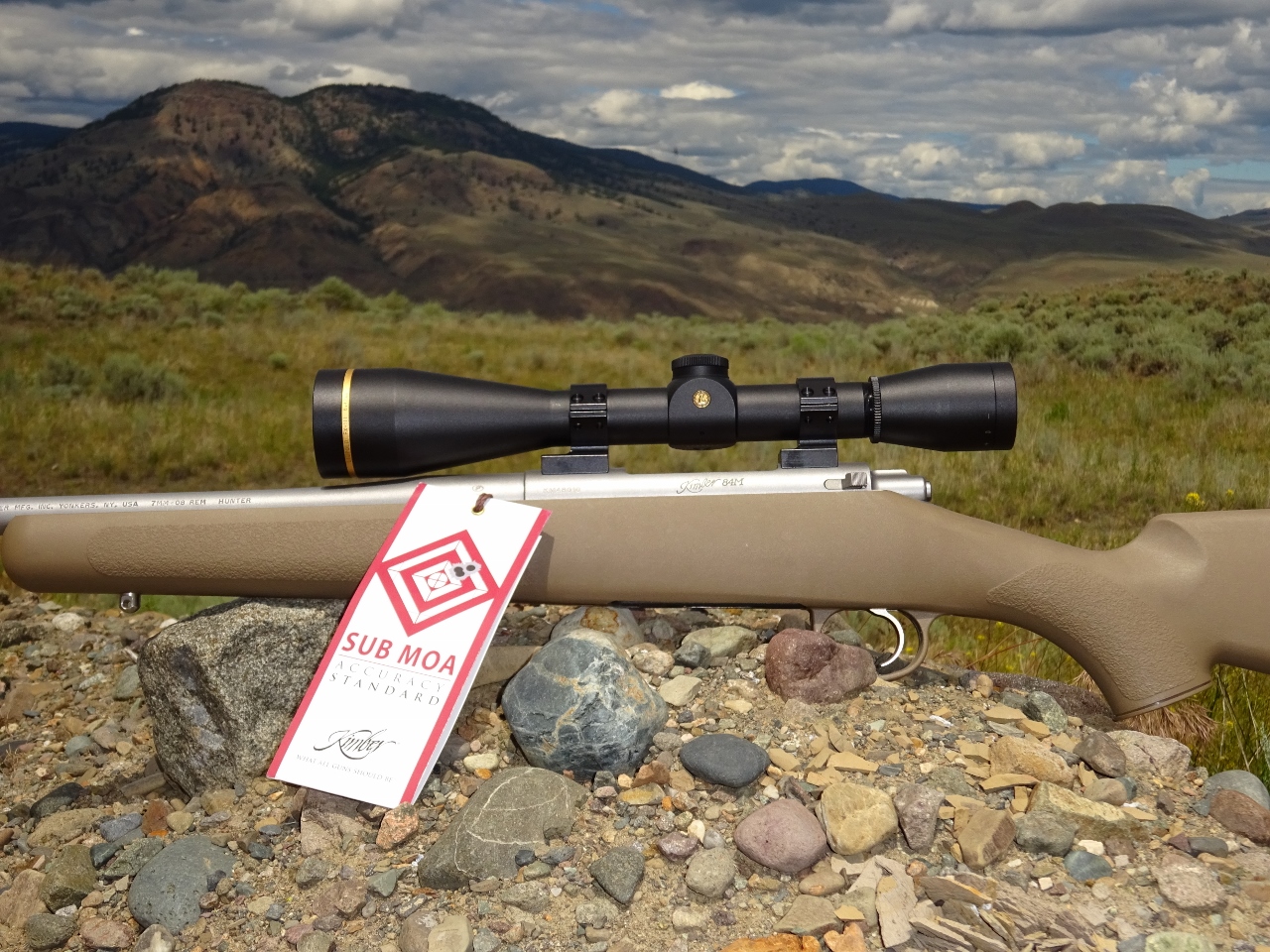 Despite my eagerness to shoot it, I did what I always do, and started collecting the actual weights and dimensions of all the components.

While I had it out of the stock, I tried the Hunter stock on my Montana action, and vice versa. Both configurations functioned fine, and showed the barreled actions were the same for both the Hunter and Montana, with the only observable difference being the barrel stamping “Hunter” versus, “Montana”. As the Hunter stock is about 6 ounces heavier than the Kevlar Montana stock, it also shows why the Kimber Hunter is slightly heavier overall than the Montana.

The Hunter stock is made of a reinforced composite polymer and colored FDE (Flat Dark Earth). The trigger guard is a molded part of the stock, and the forend has an internal honeycomb pattern to provide stiffness. The grip texture is also molded into the stock. There is a soft 1” recoil pad and stainless sling studs. The stock is pillar bedded both front and rear. The magazine attaches to molded notches in the stock.

The stock shape was about the same as the Montana and felt quite nice when shouldering the rifle. The molded grip texture made for a secure feeling. The forend is stiff, and the barrel was free floated back to the shank. While the aesthetics of the molded trigger guard aren't my favorite, it certainly was sturdy and didn't cause any problems. Although the stock is pillar-bedded, the action was quite loose in the inlet. The recoil lug slot is very generous and allowed the action to move back and forth. It shot fairly decent, but I skim bedded the stock to ensure it wouldn't cause any problems.

The Hunter detachable magazine has a metal liner with a polymer follower. The bottom of the magazine has a thick polymer with the Kimber logo molded in. The magazine will hold 3 rounds and is a staggered stack that center feeds.

The detachable magazine was easy to insert and detach, had a flush fit, and seemed quite secure in the stock. It would be very difficult to accidentally detach. I'm not a big fan of detachable magazines, and the Kimber version didn't change my mind. I found that 3 rounds was a very tight fit, and had very little room to compress any further so that when inserting the full magazine, it wouldn't fully catch unless the bolt was open. This essentially made it a 2 round magazine. Most of the time it did feed fine from the magazine. I'd much rather Kimber had made this an identical copy of the Montana and provided a blind magazine. When I buy another one (I'm hoping Kimber will be making it in 6mm Creedmoor with a fast twist barrel), I will be changing to a blind magazine stock.

April 16, 2017 Update: I just learned of a tip for the tight fit of rounds in the magazine. The follower has a curved left side and this forces the first round down to sit slightly to the right. This is enough to increase the stack angle and therefore decrease the magazine capacity. If the first round is inserted and held to the right (it will want to slide to the left) as the following rounds are inserted, you will gain a little space and create a better stack angle. Haven't tested it myself, but it seems logical and worth trying...thanks, Chuck.

Finally, it was time to shoot the Hunter. I mounted a Leupold FXIII 6x42 in Talley Lightweight Alloy mounts and went to the range with a few boxes of ammunition.

I sighted it in with Hornady American Whitetail 7mm-08 139g Interlock SP. Hornady projects a muzzle velocity of 2840 fps from a 24” barrel, while the Hunter's 22” was showing about 2760 fps on my Magnetospeed chronograph. My first 3 shots grouped 1.5” at 100 yards, with subsequent groups going a bit under 1”. So far, so good. 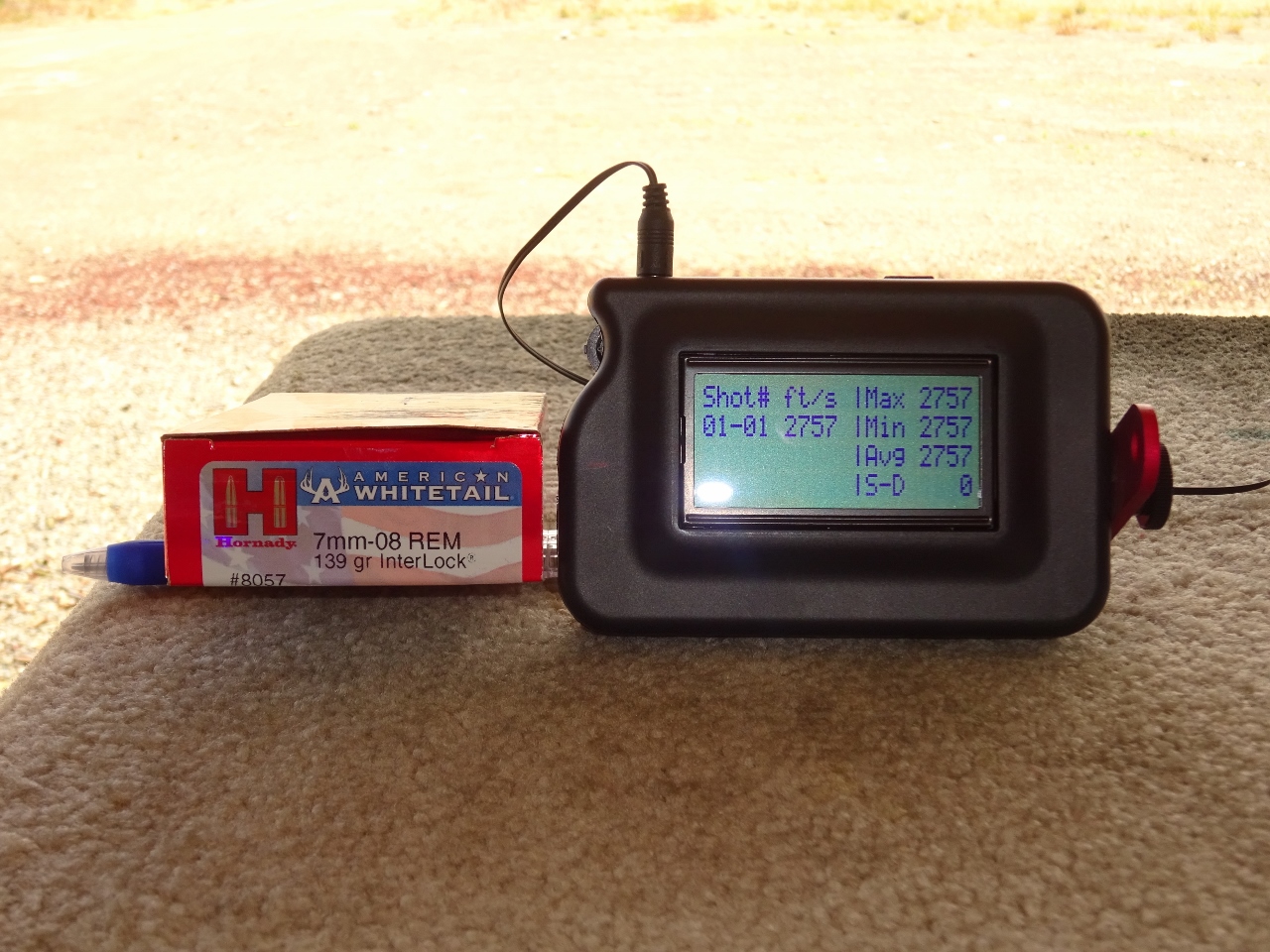 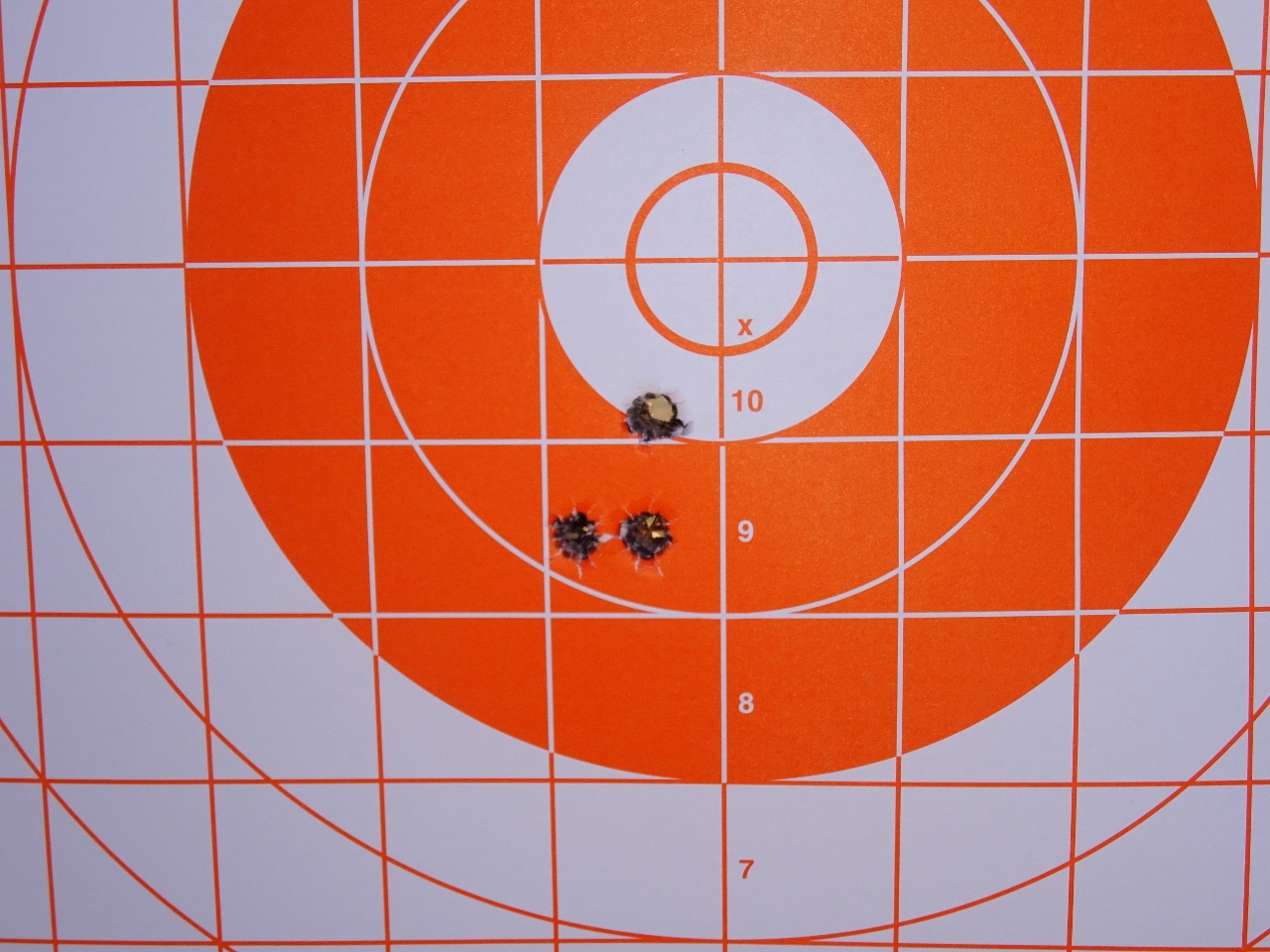 Next, I tried Hornady Superformance 139g SST. The rounds were a little tight to chamber and a three shot group netted me a rather poor 3” group. The box reported a muzzle velocity of 2950 fps, and my chronograph showed 2930. Although I've had very little luck with Superformance in other cartridges, and this was proving to be the same, I did eventually shoot some good groups with this ammunition. The barrel had been broken in a fair bit by then and might have contributed to the decrease in group size. 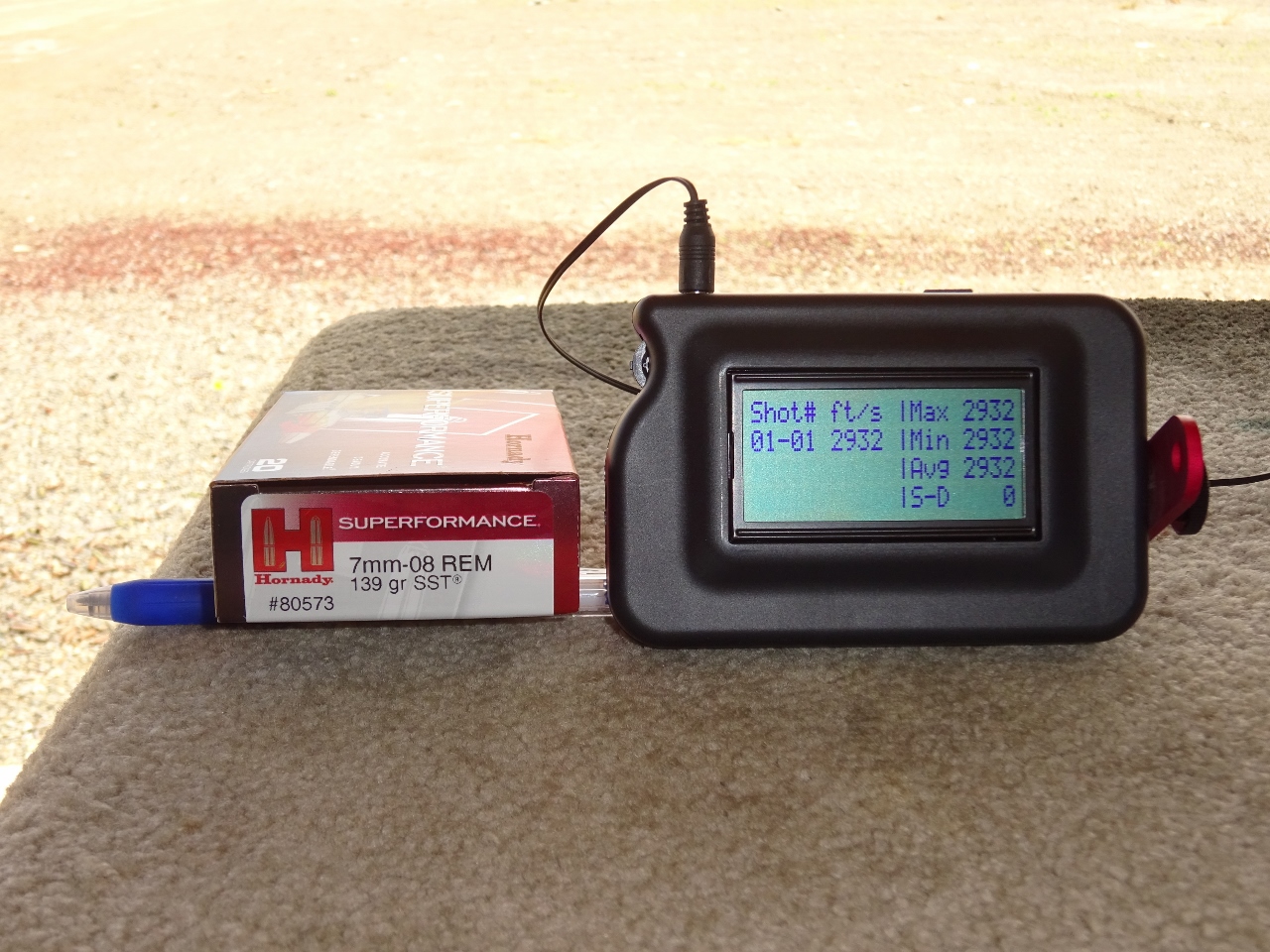 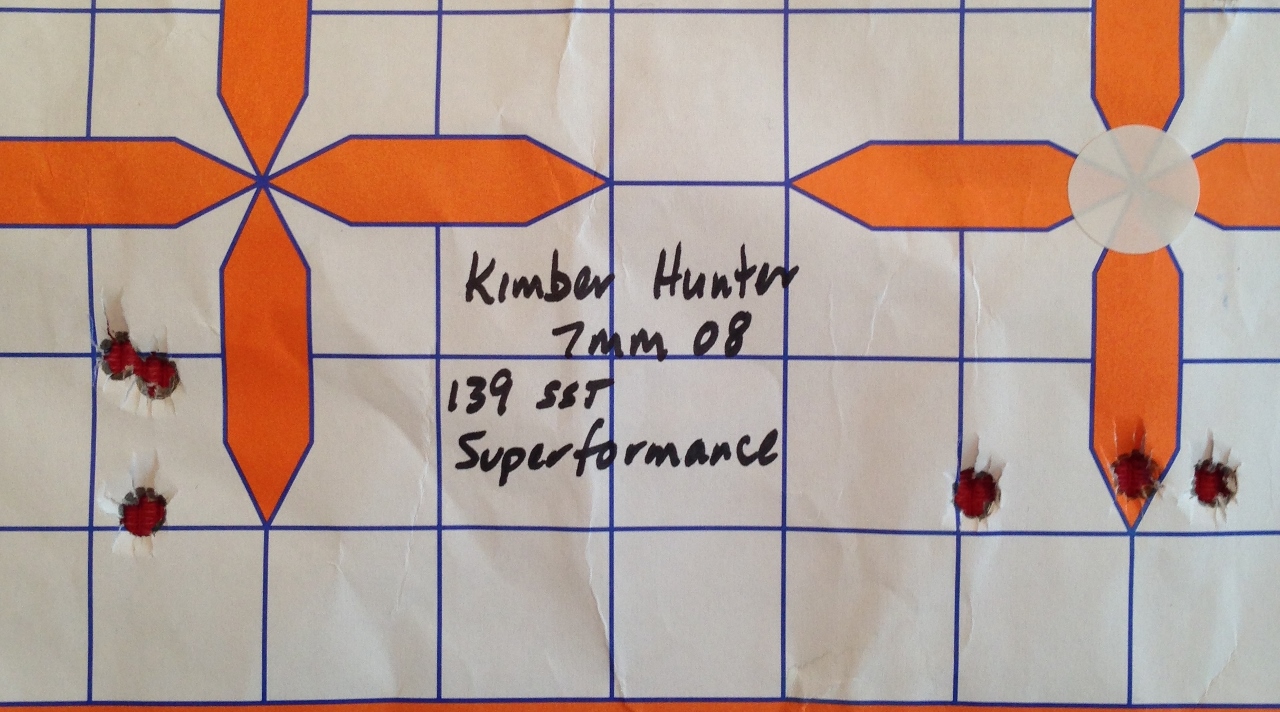 I had some Federal Fusion 140g that had shot very well in other 7mm-08s, and it did a decent job in the Hunter. Muzzle velocity was about the same as the factory predicts, and the accuracy was acceptable in the 1-1.5” range. 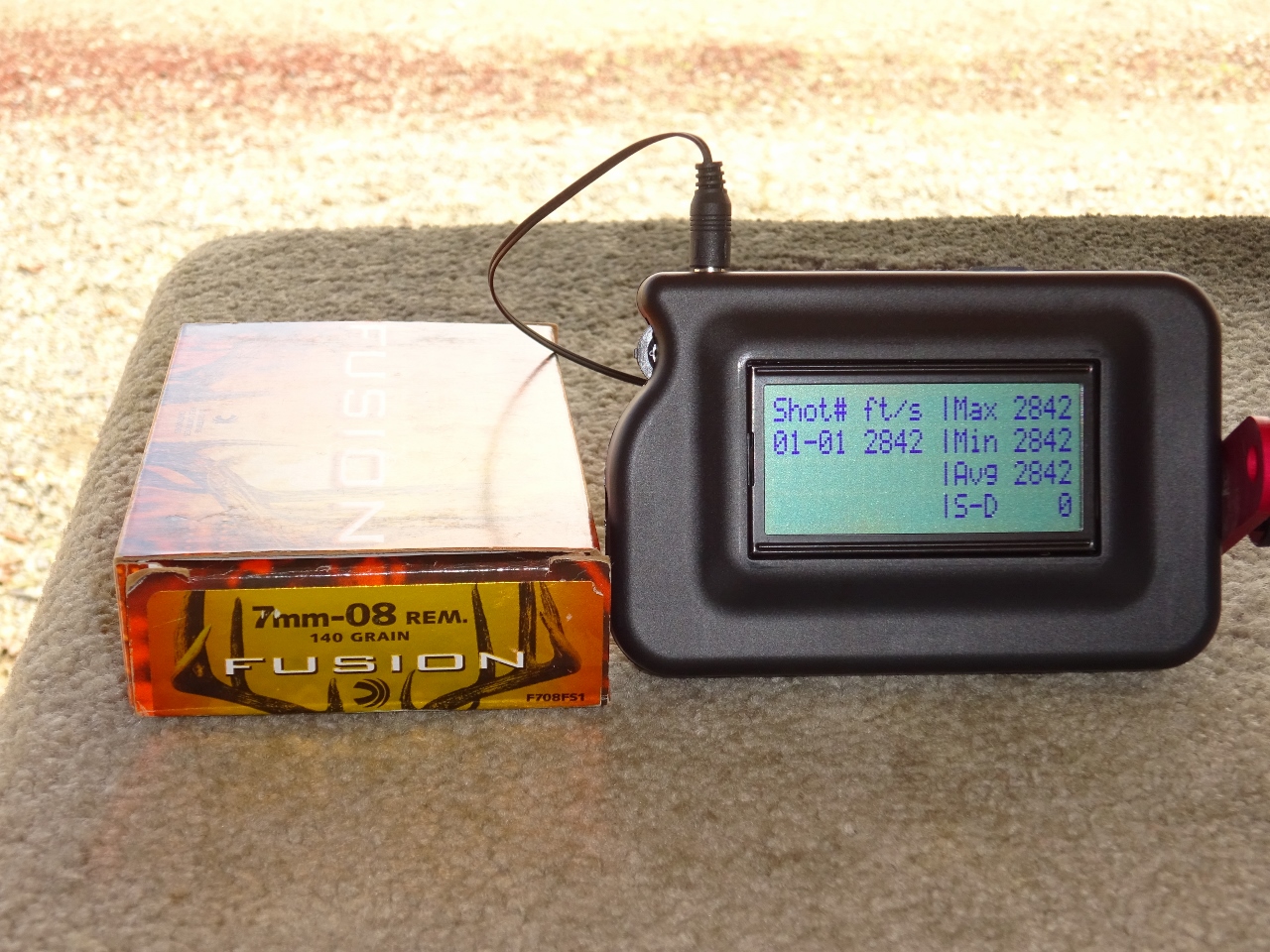 The Hunter seemed like it was going to be reasonably accurate. Other than the Hornady American Whitetail ammunition, which the Kimber appeared to like from the beginning, the other ammunition didn't perform it's best until the barrel had quite a few rounds down it. The American Whitetail ammunition is loaded fairly mild, and it appeared this Kimber Hunter shot much better at these velocities. In fact, I eventually traded the 7mm-08 for a Montana 308 and the owner sent pictures of some great groups he shot with a similarly moderate hand load using a Hornady 139g SST. 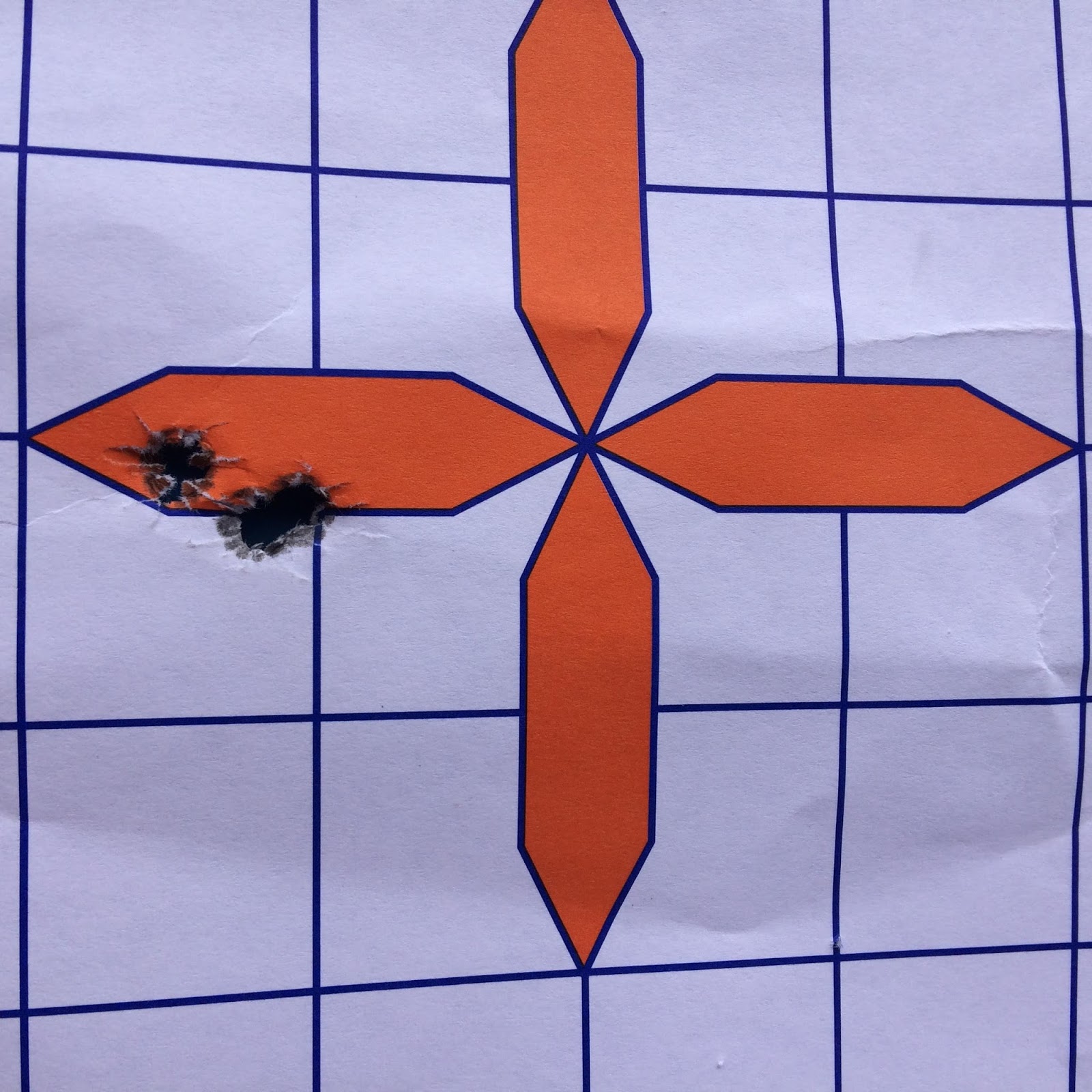 Every rifle has it's own set of rules....even with the included SUB MOA Accuracy Standard, as defined by Kimber: “Kimber rifles are designed to be capable of shooting a 3-shot group of .99” or less at 100 yards by a highly skilled and qualified shooter using factory ammunition”.

The Kimber Hunter 84M is a bit of a departure from the usual firearms that Kimber is producing. While most of their rifles tend to be getting a bit fancier – camouflage paint; muzzle brakes; fluted barrels, bolts, and bolt handles – it is nice to see they have made an effort to produce a rifle that an average dude like me can afford. Although it's MSRP is about $1300 in Canada, they can be found for a bit less. And in case you haven't been paying attention lately, that isn't much more than a similarly configured rifle from Remington or Tikka. With the Kimber, you get a stainless, controlled round feed action that is a full pound lighter. For the hunting I do, and my affinity to lightweight rifles, I will take a Kimber Hunter any day of the week. 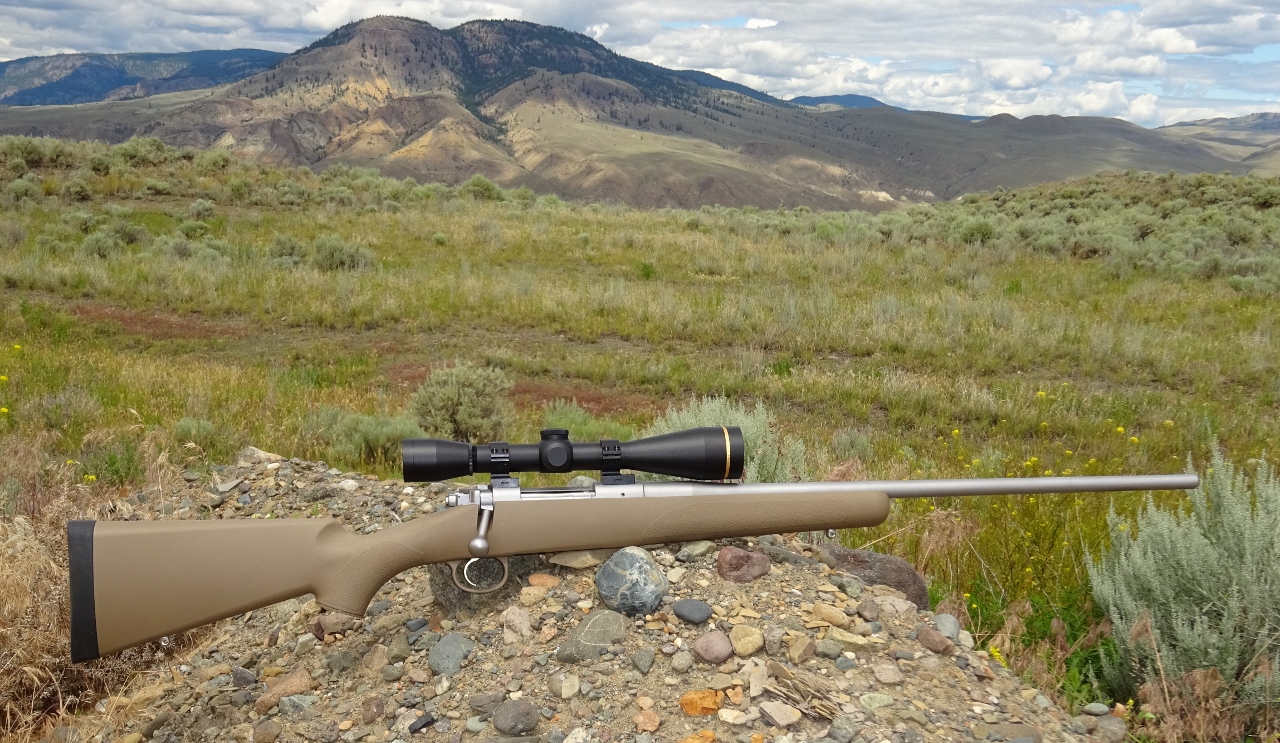 djp
BC born and bred. Avid outdoorsman that loves to hunt and fish.